Around two and a half years ago we started translating our tutorials–in all languages imaginable–with the aim of teaching everyone, not just those fluent in English.

Today we’ve published over 3,000 translations and that milestone is entirely thanks to the Tuts+ community! This post will take a look at the Translation Project, what it’s achieved, and where it’s headed.

Let’s jump straight in and check out some numbers!

We’ve published translations in 42 different languages, from obvious players like French and Russian, to less well-known languages likeTelugu andTamil(which, by the way, boasts some stunning typography):

We’ve posted over 100 translations in each of the following languages:

A massive664 community members have published translations on Tuts+ (thank you all!)

So which translations have resonated with our global audience? In the last couple of months, these have been the most visited:

Note: you may see flags below; flags aren’t the best way to show languages, they more accurately represent nations, but I couldn’t resist using some emojis.

Right, so that’s a fairly convincing performance from Spanish! This makes complete sense, given thatthere are an estimated 470 million native Spanish speakers worldwide, andSpanish hasofficial status in over 20 countries.

Ignoring Spanish for a Moment

It actually wasn’t Spanish which took the number one spot in our most visited translations, that accolade goes to10個阻擋你進步的繪圖迷思 (the Traditional Chinese version of “10 Drawing Myths That Block Your Progress”). With almost 250,000 pageviews this translation has seen more traffic than most other single pages, including English originals, in the last year. Amazing!

If we remove Spanish from the equation altogether, the most visited languages are a lot more diverse, including Korean, Russian, German, Portuguese, Polish, andIndonesian.

Some tutorials seem to grasp the imagination of visitors from a particular region of the world, others appeal to everyone. The following tutorials have been translated into the most number of languages:

Where in the World

Visit our interactive map; click on a language and you’ll see some countries turn green. The darker the green, the more traffic comes from that area. Portuguese translations, for example, see more visitors from Brazil than Portugal itself:

Then again, Brazil is the fifth most populous country in the world, with 208 million people living there compared to Portugal’s10 million. Given that Brazil has a higher proportion of younger people, and enjoys an internet connectivity only 10% lower than Portugal, the extra traffic makes sense. Read more onfindthedata.com.

Allow me to introduceZCOOL, a Beijing-based team whose “Design Article Translation Squad” curates design tutorials from around the world, translates them into Chinese, and republishes them on their platform. Residents in some areas of China often struggle to gain access to western websites, so we publish ZCOOL’s Tuts+ translations on both platforms. Check out the СodeHolder Tuts+page on their website: 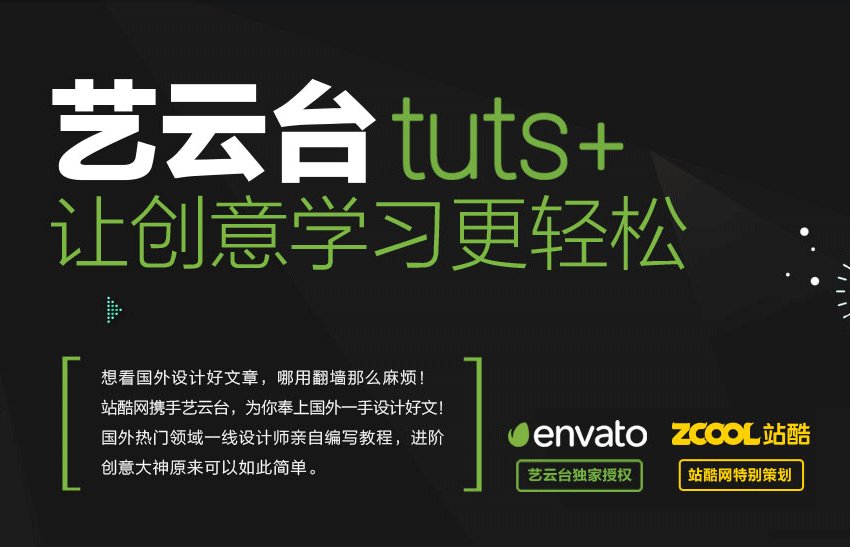 For more on what we’re doing to push translation inChina reach out to Kendra, or follow us on WeChat!

Our Twitter channels@tutsplus_es(sooo nearly 1,000 followers!) and@tutsplus_pt, for Spanish and Portuguese respectively, are used as a way of broadcasting new translations. Follow them!

Over 5,000 people have subscribed to the Translation Project newsletter–sign up, and you’ll receive regular updates about what we’re doing, plus inspiration if you’re interested in getting involved and translating something yourself:

So what lies ahead for the Translation Project? We’re working on two major plans which we think will take things to the next level (and way beyond):

The Tuts+ community has expressed a number of motives for being part of this project; giving back, helping others learn, improving their own learning through translation, but we’d like to take that further. In partnership with Native we’re currently working on a system for paying translators; a reward scheme which allows people to earn while they translate. This idea is still in the early stages, but stay tuned for more news before the year’s out!

Much of our non-English traffic comes from organic search, but those visitors struggle to use the Tuts+ platform beyond that first page. Visitors who aren’t fluent in English typically find it difficult to find more relevant content in their own language, so we want to rectify that. A fully localised Tuts+ platform is an ambitious prospect–it will have to take cultural as well as linguistic differences into account–but it’s something we feel will be worth pursuing.

3,000 published translations is a fantastic milestone, we’re so happy that this endeavour is proving popular. And there’s plenty more room to grow. Please leave your thoughts and feedbackbelow to help the translation project live up to its full potential!